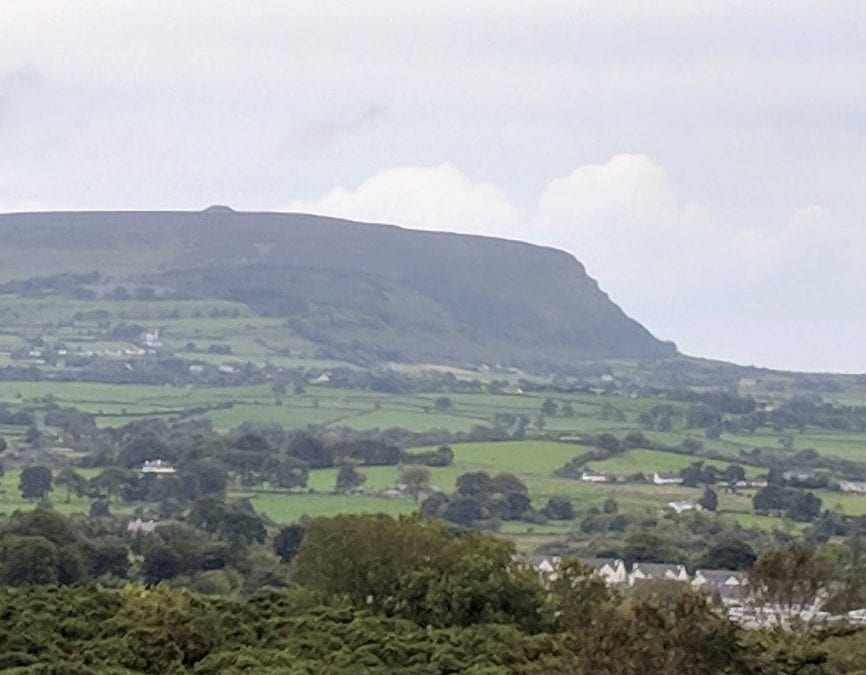 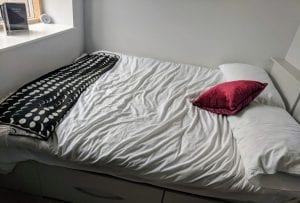 My name is Megan Wiwchar and I am a student at NUIG doing a Higher Diploma course in Archaeology. I currently reside at Swuite Bohermore which has provided a number of opportunities to meet new people and experience Ireland. As such, the following is a reflection on my time here.

Life in Galway is both very different and very similar to my home in Alberta, Canada. Both are very agriculture based, there are two languages on some of the signs and packaging, and both areas have very strong local/regional identities. The differences I notice day to day though begin with the weather. When I told people that I was coming to Ireland to study, they would constantly joke, “I hope you like the rain” and I would assure them that, indeed, I did. My perception of rain has changed since then. Ireland has taught me that mist and fog are not the same things; and sometimes rain is horizontal?

As much as I have complained though, ultimately it is so much nicer than the six months of winter back home (it was -45° C for weeks recently). The sight of daffodils from my accommodation window leaves me in awe because I still carry a Canadian sense of seasonality. Part of this difference in weather, is the landscape, which is absolutely gorgeous. Whether it’s a weekend trip to the Burren, or just a walk down to Salthill Promenade in Galway, Ireland’s landscape has enough variation to satisfy anyone. When I am not stuck inside writing essays, I try to enjoy it as much as I can. 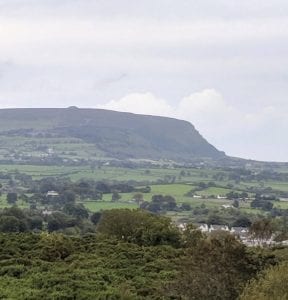 But it’s not about the landscape alone. The people here have truly enhanced the experience with their genuine kindness – particularly the friendly Swuite staff and my fellow Swuite students have helped me come out of my shell. I only wish my anxieties about being in a new place had diminished sooner so I could have made friends in my accommodation faster! Certain learning curves delayed the process at first though. The first is the cliché Canadian propensity to apologize for everything. I didn’t realize how bad it was until I was in a new place for retrospection. For example, I literally have walked into doors and apologized profusely to said door. When you implement that same behaviour in Galway though, an apology out of nowhere can just add confusion to situations. 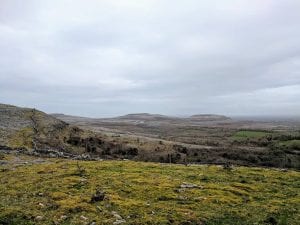 Contributing to this is how significantly relationships to space differ between the two countries. You could probably fit three Irelands in one Canadian province. Additionally, Canada’s population is quite small given its massive size; these factors combined mean our roads are bigger, vehicles are bigger, and our ideas of personal space are bigger. It took a while to realize how differences in my body language may have been perceived strangely by the people around me. For example, I used to lunge intensely out of the way to accommodate passers-by on the sidewalk; or, people would stand quite close to me in conversations and I would instinctively jump away from them. The muscle memory is tough to undo, but luckily, people seem to have accepted me in spite of these quirks.

My school year thus far in Galway has been a great experience. It’s the usual student life of essays and studying punctuated by moments of tea with friends at my accommodation while hiding from the rain; or, embracing moments of sunshine with a hike around town or a class field trip to places like Knocknarea in Co. Sligo. If you had asked me why I wanted to come to Ireland back in 2017, I couldn’t have given you a solid answer. I just kind of knew it was something I really wanted to do and that was that. But these moments above have shown how things have changed since then. I am still months away from leaving but I already have desires to come back for my Master’s. I definitely can articulate why this time around. I can’t wait to live the Swuite life again!